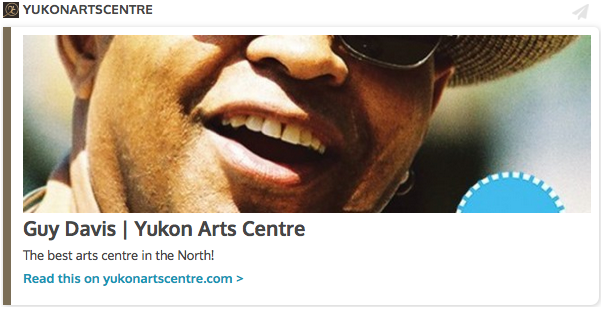 More than a decade after his unforgettable Yukon debut appearances at Dawson City Music Festival and the Guild Hall, Guy Davis returns. The son of celebrated African-American New York actors, Guy Davis pursued the blues. The roots of his blues are as diverse as the music itself. He's a musician, composer, actor, director, and writer. But most importantly, Guy Davis is a bluesman.